Dan was one of my first one-on-one students.

Imagine how I felt when he told me he was asked to speak at the high school graduation.

He had come a long way since the day a few years earlier when he said:

“I am so glad that I am in this class. Now I am learning about the sounds that letters make. Before I just memorized the words. I would go over and over in my head how to spell the word. If I came across a new word, I wouldn’t know how to spell it. I would just guess. Now I will be able to sound it out!”

I was helping him change his life.

During parent-teacher interviews, Dan’s mother said that she had noticed “a huge improvement in his reading since he had been in the program.”

This was “feel good” moment number two with Dan.

Confirmation he was starting to read at home!

A couple of months later, Paul who was Dan’s English teacher came into my office and said:

“Dan’s reading has improved tremendously since being in your program. Dan now takes the time to decode the sounds in words.”

Confirmation from the teacher who had proposed Dan as a candidate for my program!

I worked with Dan through grades nine and ten.

I would see him in the halls now and then for the remainder of his time in our school.

He read his speech…I smiled. A final golden moment! 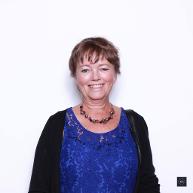